From DaVinci to De Beers, the way we invest in assets is set to fundamentally change with the arrival of tokenization. At RealT, we believe that the tokenization of assets is the next logical step in the technological evolution of commerce, particularly when it comes to the real estate market. This paradigm shift, towards tokenization,  will enable us to transcend the fiat-currency-centered view of economics into a more democratic, inclusive and efficient token economy.

But what exactly is asset tokenization?

Today, assets can be represented on a blockchain by a distinctive digital identifier called a token. Tokenization is a method that converts rights to an asset into a digital token,  in many ways similar to the traditional process of securitization. Transferring the information from a real-world asset onto the blockchain allows ownership rights to be transmitted and traded on a global and secure digital platform. In the case of RealT, the assets being tokenized are residential properties, but, broadly speaking, any asset can be tokenized, from a valuable piece of art to a precious stone.

The Benefits of Asset Tokenization

The foundation of a token economy offers the potential for a more efficient and fair financial world by greatly reducing the friction involved in the creation, buying, and selling of securities. Features like integrity, robustness, accessibility, and immutability, make blockchain a powerful accounting tool and the process of asset tokenization creates a myriad of advantages, including greater transparency, liquidity, and accessibility as well as faster and cheaper transactions.

A security token is capable of having the token holder’s rights and legal responsibilities embedded directly onto the token, along with an immutable record of ownership. This immutable record means that nobody can “erase” your ownership even if it is not registered in a government-run registry. These characteristics promise to add transparency by tracking and recording the history of the asset every single time it changes hands.

Tokenization of assets will create a more liquid world and could drastically change the dynamics of global trade.  Tokenizing assets — especially private securities or typically illiquid assets such as real estate — enables them to be more easily traded on a secondary market of the issuer’s choice. What’s more, access to a broader base of investors increases the liquidity of these assets, benefiting investors who consequently have more freedom and sellers because the tokens benefit from the “liquidity premium” thereby capturing greater value from the underlying asset.

When tokenization of assets reaches the mainstream, the global trade of (previously) illiquid physical assets could become an everyday reality.  As assets become increasingly tokenized, global trade becomes less difficult, and an opportunity for developing new markets for previously underutilized, illiquid assets opens up. As a result, people from different corners of the world will be able to own fractions of the same physical asset or exchange different kinds of assets directly and instantly.

Turning The Real Estate Sector On Its Head Through Asset Tokenization

The benefits of asset tokenization most clearly apply to asset classes that are typically considered illiquid and can benefit from improved transparency, efficiencies, and lower minimum investments.  The real estate industry is particularly pertinent when considering the possibility of tokenization. Imagine you want to invest in real estate, but you want to start small and incrementally increase your investment.

Perhaps you wish to begin by investing in a $100,000 apartment; tokenization means the value of the apartment can be broken into, for example, 100 tokens (the number is totally arbitrary). In this scenario, each token represents a 0.01% share of the apartment and when you buy one token, you actually buy 0.01% of the ownership in the asset. Buy 50 tokens and you own 50% of the asset; buy all 100 and you have complete ownership of the asset.

The inherent immutability of a public ledger ensures that once you buy tokens, your ownership of the asset cannot be manipulated or tampered with, it is indisputable. Rather than requiring very large investments, or tying up your money for extended periods of time, tokenization permits you to invest in whatever asset you are interested in and easily trade the token at your discretion.

The ability to freely choose where you invest will open up a new era of much greater personalization and customization in investment. At RealT, we are proud to help build the infrastructure to support the growth of a new token economy. 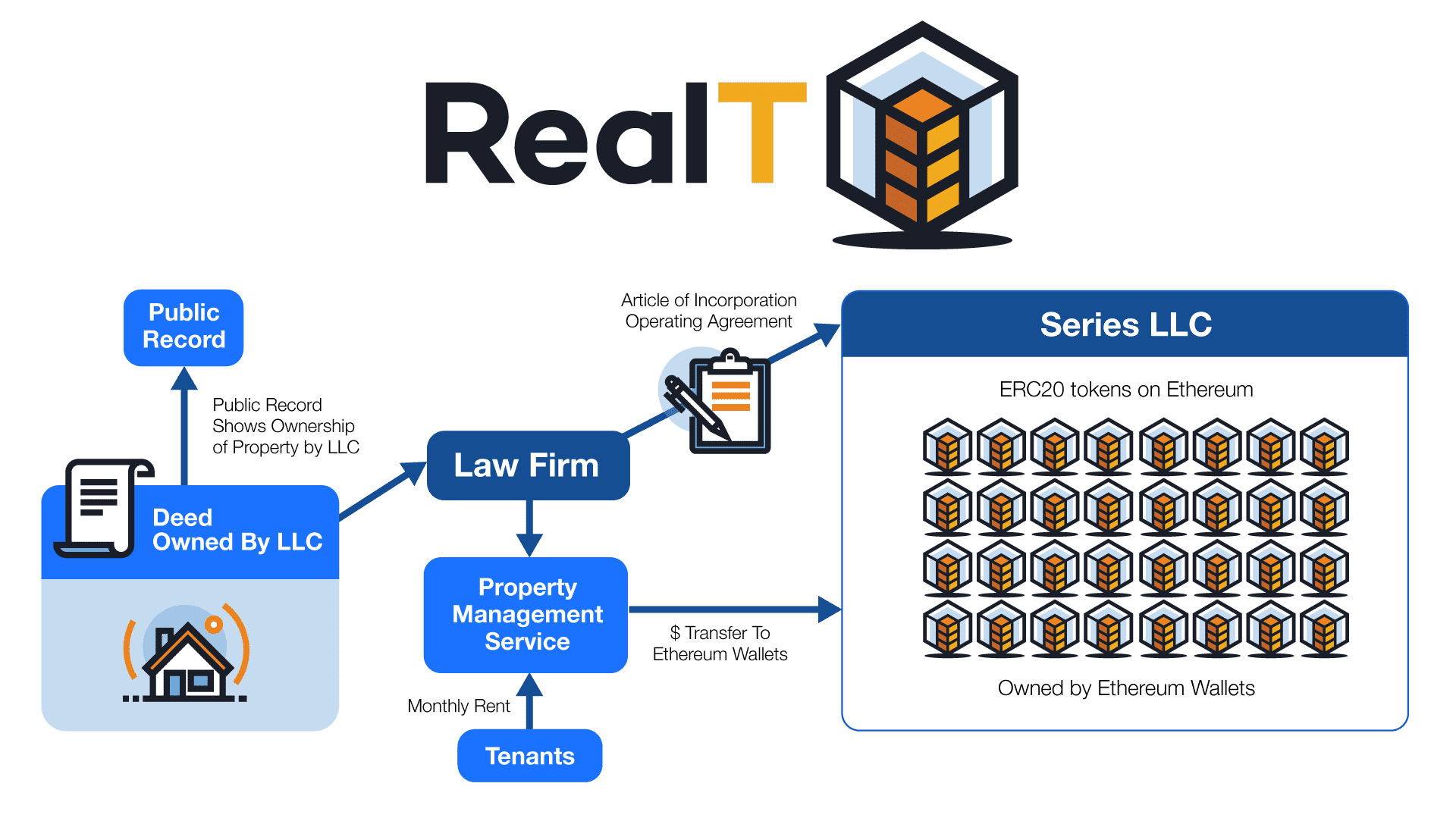 Wherever or whoever you are saving for, we’ll help you get there.